Since the beginning of its activity, NUOVA ELETTROMECCANICA SUD (NES) has been operating in a modern  plant, located in the industrial zone of Campo Calabro (RC) Italy and equipped for mechanical machining, galvanizing, assembly and testing.

In 1990, the company was incorporated into an Italian holding with branches in many different industrial activities including electronic and nuclear sectors.
Presently, the Works employ more than 60 people, among which several engineers qualified in the design  testing and quality control of hardware and fittings.

NES is certified ISO 9001 since 1995, while since 2010  has obtained the RETIE and SELLICHA certifications. 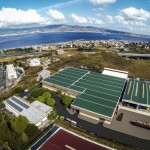 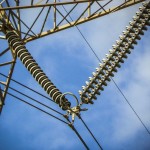 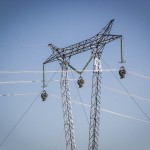 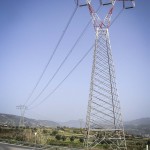 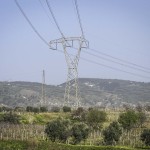 The workshop and assembling plant are equipped with  automatic machines that minimize human errors and allow a faster production.

The hot dip galvanizing plant  is among the most modern in Europe and, being completely automated,  permits a homogenous quality and the compliance with the most stringent national and international standards.

The test laboratory is equipped with traditional test devices for mechanical and electrical tests  and with  testing facilities that are computer controlled, as shown in the attached list.
In the laboratory, type tests, routine tests and sample tests are performed in accordance with the international standards and Client’s technical specifications.
Official tests are also performed in independent laboratories and, on customer’s request, the relevant test certificates can be provided.

The products are computer  designed and manufactured according to the most advanced technology, to achieve the best quality with a more competitive price.

NES have supplied hardware and fittings for very important High Voltage Transmission Lines in Italy and to several Countries, all over  the world, as shown in the relevant service record.  More than 100.000 thousand of the spacer dampers are used by ENEL (Italian Electricity Board) and  several thousands have been supplied abroad.

Special spacer dampers have been designed and installed on the ENEL 1000 kV experimental line at Suvereto, Italy, in 1986. NES have also designed, in collaboration with ENEL, spacer dampers incorporating detuning pendula for the control of the full span galloping phenomenon that appeared on several 380 kV transmission lines, in Italy. More than five thousand units have been successfully installed on these lines since 1990.
The set of vibration dampers has been carefully designed  to provide vibration control in a wide range of frequency and for a long-term performance. These dampers have been type tested and accepted by several Electricity Boards in Italy and abroad..

NES  produces also a complete range of fittings and accessories for OPGW and ADSS. Our accessories have been submitted by Enel, Terna and RFI to severe type tests and approved for the application on PRYSMIAN, AFL e TRATOS.

NES has developed a new complete range of fittings and damping system for high temperature conductors and after successful type tests NES has obtained the homologation and the approval of these products by TERNA. These range of products is in continuously development in order to adequate them to the various kind of high temperature conductors used in the foreign markets where the company operates from several years.

NES has been prequalified by TERNA for the supply of the complete range of substation fittings, after the successful completion of mechanical, electrical, thermal and corrosion tests.

In the field of overhead distribution lines of low and medium voltage, we can supply the complete set of hardware and fittings for bare conductors and for insulated conductors.

The NES efforts have always been to improve and update the products, following the evolution of the transmission line designs. To date, we can extend the application of the fittings on expanded bundles,  thermal resistant conductors and  OPGW and ADSS optical cables.